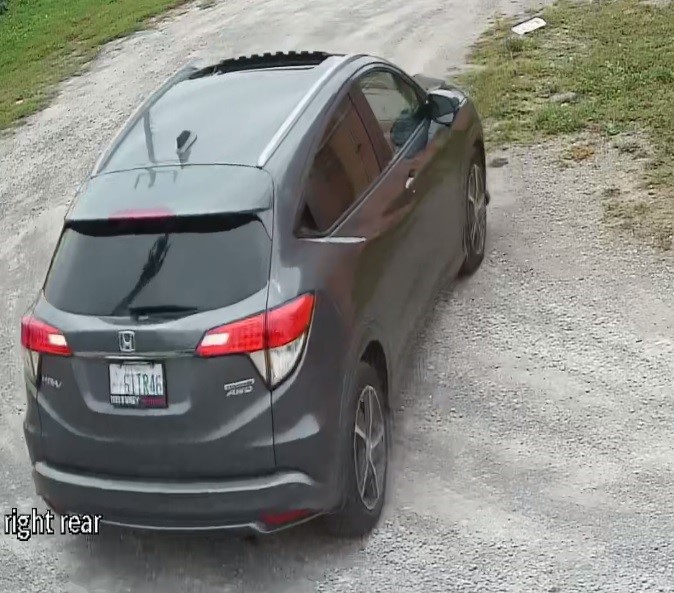 (SELWYN TOWNSHIP, ON) – Members of the Peterborough County Detachment of the Ontario Provincial Police (OPP) have been called to investigate two theft incidents which occurred at a business on County Road 19.

A suspect and vehicle were captured on video surveillance . (See attached photos)

The suspect is described as male, Caucasian, average height and build wearing jeans, dark sweater over a white shirt and a ball cap.

The vehicle is described as a newer style grey Honda HR-V with a sunroof bearing stolen Ontario marker 61TR46 on the rear and no marker on the front.

Investigators are actively looking for information that may lead to the arrest of the suspect in this case. Police urge the public to call in tips on this case, or others, to the Peterborough County OPP at 705-742-0401, the non-emergency line (888) 310-1122 or to Crime Stoppers. 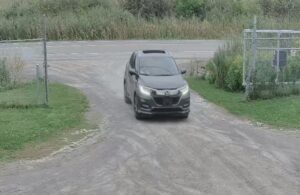 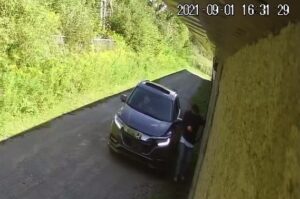