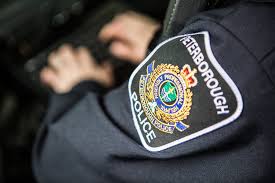 Peterborough Police are asking to the public to be aware after a suspicious person incident was reported recently.

On Thursday, October 6, 2022, a resident called in to let police know that their daughter was walking home from school on Glenforest Boulevard when she was approached by a man in a gold Jeep with a black tire on the back.  The male is described to police as possibly in his 40’s, darker skin, buzz cut dark brown hair, and a sparse moustache.  It was reported the male asked if the girl required a ride home, however at that time a friend of the girl approached, and the jeep drove off.