In the early morning hours of Sunday, February 13, 2022, a truck carrying more than 2,000 firearms was stolen from a trucking yard in Peterborough.

At approximately 7:30am on February 13th, Peterborough Police were made aware of the theft and attended the business located on Parkhill Road East.

with the clips attached. We can also confirm that no ammunition for the firearms was within the trailer.

However, that said, the Peterborough Police Service understands the heightened sense in the community and beyond surrounding this theft.  So far, the investigation is leaning toward an isolated crime of opportunity rather than a than a targeted incident.  It’s believed the suspects entered several other commercial yards in the city, before this one and that they had attempted to take different trucks and trailers before leaving with the trailer being sought in this incident.

The truck is a 2019 Freightliner New Cascadia 126 with ON license plate 938 2PV, white in colour with the company name in red on the doors and a red #97 in red on the side of the hood.  The trailer was a 2014 Hyundai 53 foot Dry Freight Van trailer, license plate V3092A, white in colour with a silver metallic line that runs horizontally the whole length of the trailer.   A picture of a similar trailer will be provided in the text of the release.

The suspects appear to arrive in a four door blue sedan which follows the tractor trailer unit out of the yard.

We want the public to know that while investigative techniques and certain information will not be disclosed, there is a team working on this case.   And as such we’d like to highlight the Peterborough Police Crime Line number for anyone with information about this incident to call 705-876-1122 x555 or they can report their tip anonymously through Crime Stoppers at 1-800-222-8477.

The focus of the investigation is currently on locating the trailer and its contents as well as uploading the stolen firearms onto the national database.  The Peterborough Police are also working with other enforcement agencies including the OPP, RCMP, Homeland Security, Canada Border Services Agency and other municipal services.

The trucking company and the firearm manufacturer are fully cooperating with the police on this investigation. 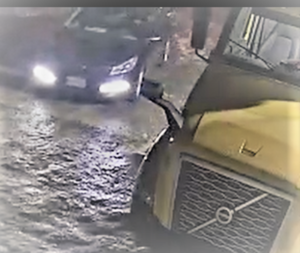 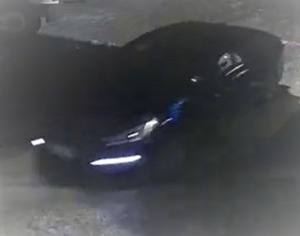 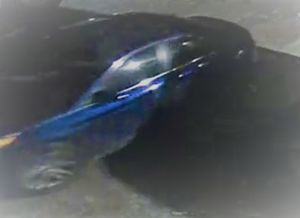 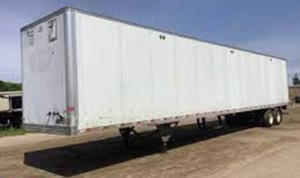 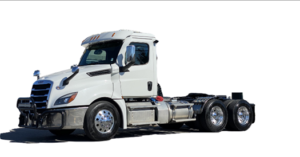